Being a soldier is the best, daddy?

Before I first went to the army, my father came up to me and asked me “Maybe you shouldn’t join the military?”. I did. I served in the infantry. I was proud of every moment I wore those uniforms. When my son gets to the age where he’ll need to go the army, I will proudly support going to the army. But, a second before he goes to wear his uniform, I’ll take a side and whisper – “maybe you shouldn’t join the military?”.

Soldiers are fathers too

My dad was a colonel in the combat engineering corpse. He served the army for 27 years, in the years when being in the army was actually going to war. He was one of the founders of the combat engineering corpse, and to this day new rookies learn of some of the operations he was a part of. A military man which even now sometimes acts as if he is the same tough commander. My father always seemed like the ideal military man – well disciplined, quiet, smart and always learning. When I was about to go to the army, I thought he would push me to the front line and the toughest units. I was wrong. 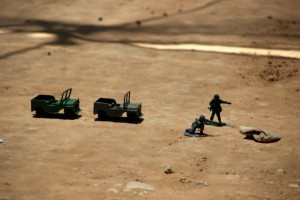 A few days before I went to the get recruited, my dad surprised me with an act I did not expect from the tough military man he was. He came up to me, took me aside, and asked – “why don’t you give up on the army? I served enough for you, for your sons, and even for your grandchildren. Maybe you shouldn’t go to the army?”. The tough military man, which I thought would push me to the hands of the army, is trying to keep me as close as possible to him. A worry only a father (and a mother) can show. And me? I was busy being rebellious. So before going to the recruitment office, I told him to quit his nonsense and that I’ll see him on uniform soon. Surprisingly, I ended up in the combat engineering corpse, as if there was a guiding hand behind the scenes (and lets be so naïve about it). I never understood why my father asked me to not go to the army. Until I was a father myself.

Go to the army, and not just because you have to!

Every memorial day I feel the same. I mourn the fallen soldiers (and the ones to come) while serving the country and its citizens. I mourn the friends I will never see again because they died in the military. And most of all – I mourn the amount of attention given to those are dodging the army duty, disrespecting the army and the soldiers, protesting against the army’s existence, misunderstanding its job and advantages.

Let’s make a fact clear – as unpopular as it is – we are a country who will always need a mandatory army. From the day Israel was established, and to the point where one of two things happen – Israel is destroyed or all of its enemies. Since I find it hard to believe either one will happen, the sooner we understand the need of a strong army will not be cancelled soon, the better we can support it – as civilians, Israelis and soldiers.

My son will end up in the army. Probably because he won’t have a choice (I don’t think they will shut down the army by then), but also because I will try and push him towards the army. I will do my best so he won’t give up a full military service. For all the reasons stated here, but also because I I won’t forgive him or myself if he decides to avoid the army (unless, god forbid, it’s due to a medical issue). The military turned me in to a man. The military turned me in to an idealist. The military, at the end of it all, taught me how to deal with myself.

The military service is beneficial, even if you don’t see it then

I was recruited in March, 2001. School ended almost a year before that. I was busy with myself, making some money, improving my own life. And then I went to the army. I got thrown in to a surreal scene which I was a rookie, getting screamed at by two teenagers not much older than me, and running like crazy, without even knowing why. This was the beginning of army difficulties. Those days were the beginning of the mandatory 3 years’ service, at the end of which I found myself shouting and making a rookie military platoon run. They will probably never forget me and the commanders I was with.

In retrospect, I would repeat my decision any given day. I earned good and loyal friends, who I can trust to have my back at any given moment. I earned the belief in my capabilities and abilities to cope with things. Cope with the difficulties of a harsh setting. Cope with physical pains and mental difficulties.

I want my son to be protected, but still go to the army 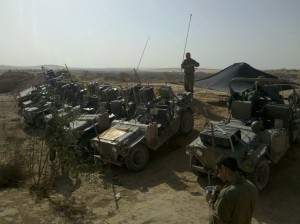 I want my son to go through all of these experiences. I want him to believe in himself. However, I will still be worried at any given moment he will be there. My dad asked me not to go to the army for a pretty good reason – at any given moment, from the minute I finished my training, I was scared.  Riding in heavily armored vehicles, going in to Arab villages, being in commend of other soldiers and being responsible for their safety. And my dad knew that. When my son goes to the army, I will be as afraid as my dad was for me. And to be honest, on the day my son goes to the army, I will probably walk up to him and say – “I was in the army. Your granddad was in the army for you and for your grandchildren. Maybe you shouldn’t go to the army?”

I would want to be there, making sure no harm may happen to him. That the driver of the armored vehicle is driving safely, that the villages he has to go in to aren’t packed with terrorists, that his commander knows my son’s life are in his hands. Today, whenever I am not around him, I worry. I fear something bad will happen and I won’t be there to prevent it. So sending him to a setting full of dangers? I will go crazy. Better save up for psychological treatment. 3 years of it, for me and my wife.

And don’t you think for a minute I don’t know that there are safer options. But I know my son won’t be in the back lines. Not only because if he is fit and healthy, being in the back lines are Degradation of him and the army (there are enough people with a physical state that does not enable them to be in the front line). I won’t let him be in the back line because he should know his abilities and capabilities facing difficulties. He should learn to use the set of values and beliefs I gave him growing up. And he shouldn’t be in the back line so he will always know he did something meaningful with the 3 years he had to give to the Israeli army. I don’t want to see my son going through my little brother’s experience of counting the days one by one, until the days in the army ended. Three years of counting the days till the days you are counting will end.

Without an army, there will be no Israel and probably we won’t be here no more as well

Without an army, I am uncertain if there is a place we can learn all of the things the army teaches us. not as a state, not as a society, not as individuals. Some of us grew in light of higher values and education, and some of us, to be honest – if there was a need for parenting license – they would not have been born. The army evens it out – creating a world of ethical code and behaviors known to most of the population. The benefit of the army is greater than its disadvantages. Not everyone fit the army, and able to cope with it. I still believe, however, that everyone can join the army. There are enough jobs in the army to fit everyone.

I expect everyone in Israel to go to the army. Because they should go to the army. Because it’s the right thing to do, and not only because it’s mandatory. The right thing for society and for every Israeli is to serve in the army, and go through an experience considered almost surreal in other settings. We live in a weird country, required to defend itself at any given day and minute. If needed, I will go to serve my country whenever it calls me. And if needed, when the time comes, I will let my son go serve our country. I care greatly about my son, but if there is no Israel, then I would probably not be anymore, and neither will I have a son.

This post is dedicated to my dear friends Adi Maoz and Eliran Toledano, friends which I lost during my military service. This post is also dedicated to all the fallen soldiers, giving their life to serve their country. 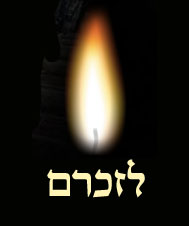